The cryptocurrency space is bombarded with new coins every year. Over 5000 coins have flooded the market to become the next great digital asset of the industry. However, very few coins deliver on the promise of sustainability and high returns. Despite the market volatility, some factors clue us in on the possible success of any cryptocurrency. These include the technology they are running on, potential adoption, how realistic their goals are in the real world, and the team behind the project.

Unfortunately, that research may prove overwhelming even for the most seasoned investor. This article has narrowed down a list of the top five cryptocurrencies with a promising future. We’ll look at their technologies and what they offer their investors.

Gold Secured Currency is hosted on the Apollo blockchain, which means it boasts the same transaction speed of sub-seconds to two seconds block-time. GSX, which is developed by Apollo Fintech, is backed by gold and gold-rich land. Therefore, it’s the world’s only Quantum secure stable coin running on Quantum-resistant blockchain and algorithm Quantum Steel. GSX combines the best elements of a stable coin, cryptocurrency, and investment coin.

Since it runs on the Apollo blockchain, it features all the technological advancements as Apollo. These include; privacy, security, speed, quantum-resistant wallets, coin shuffling, IP masking, private ledgers, etc.

As a gold and land asset-backed stable coin, GSX is redeemable for its gold value. Investors of GSX are the trust beneficiaries and legal owners of land rights, mining companies, and all mining assets. The rights of these assets get held in trust with legally binding contracts that grant GSX holders ownership. As a GSX holder, you receive a yearly dividend and full ownership of trusts.

According to Stephen McCullah, CEO of Apollo Fintech, “Gold Secured Currency is an Apollo project that aims to provide investors with the most sustainable cryptocurrency investment in the world.”

Furthermore, the GSX value is continually increasing due to the increase in its land and gold backing. The value further increases when 50% of what is not sold in the CDE gets burned. That value will then move to the surviving GSX.

As the only coin that continuously grows in asset value, it’s way ahead of its counterparts in terms of advancement. Here’s the best exchange to buy GSX, get them during the pre-sale with as much as a 50% bonus.

Apollo is the industry’s fastest cryptocurrency with the speed of sub-seconds to two seconds block-time per transaction. It is a privacy-oriented coin that aims to provide users with an all-in-one experience that combines the best features of cryptocurrency. As the world’s first cryptocurrency to launch and implement database level sharding, APL is one of the only indefinitely sustainable blockchains on the market.

Whereas most cryptocurrencies only target niche users, Apollo is marketed as useful for any user. The Apollo team’s goal is to reduce the use of multiple currencies for different activities. APL holders get offered endless possibilities beyond exchange for goods and services. As an all in one cryptocurrency, it provides a variety of services, including several governmental and commercial uses up to national bank levels.

The APL technology allows anyone to create the advanced token in seconds without complex code. Holders can send private, and public transactions under Apollo’s competitive privacy features via encrypted messaging, private ledgers, IP masking, etc. In the future, Apollo plans to make use of advanced technology further and feature the world’s first Dapps infrastructure with limitless storage.

Apollo is the future currency because the underlying technology on the platform is Quantum-resistant blockchain and algorithm. APL is the world’s most feature-rich cryptocurrency, offering advanced technologies such as sharding, Apollo updater, Apollo atomic swaps, adaptive forging, node synchronization, and many more.

Stellar is a distributed payment infrastructure that’s been around since 2014. The platform seeks to reinvent the transfer of money and assets, focusing on fast and affordable cross border transactions. It got launched with a network of 100 billion Stellar tokens known as XLM.

In 2015, Stellar replaced its software with a custom build alternative known as Stellar Core software. Under the Stellar Consensus Protocol algorithm, the software syncs and communicates with other servers on the network. According to Stellar, this protocol is the first provably safe mechanism that features decentralized control, low latency, flexible trust, and asymptotic security.

The Stellar consensus method is known as the Federated Byzantine Agreement. The platform’s team plans to keep growing stronger and providing their users with the ultimate exchange platform.

Stellar Consensus Protocol doesn’t require nodes to mine blocks; instead, it allows nodes to vote on transactions until quorums get reached. Furthermore, the nodes can serve as watchers or validators.

Unlike its main competitor Ripple, Stellar focuses more on individual needs for exchange as opposed to corporate exchanges. Stellar’s design enables easy and affordable cross-border transactions between different currencies. The network also acts as a platform for the launch of ICOs with a strong backbone for further development and future scalability.

Cardano started in 2015 with a unique two-layer structure built from scientific philosophy and peers reviewed academic research. Cardano is a smart contract platform that offers scalability, sustainability, and security in its layered structure. It runs its cryptocurrency, ADA, that provides fast and reliable transfers.

The principles, engineering practices, and philosophies applied during the creation of Cardano came up with the two layers. This layered infrastructure offers the flexibility required to update the system with new versions quickly.

Cardano has managed to separate accounting and computation on their platform with the Cardano Settlement Layer (CSL) conducting transactions and the Cardano Computation Layer (CCL) running blockchain apps. Therefore, the platform relies on a strong community of technically advanced people to push forward its development. Its flexibility and ability to develop Dapps has raised expectations for its future sustainability.

Zcash has opened peoples’ eyes to the real state of privacy in the crypto space. What we took as privacy and anonymity is mostly pseudonymity on a good day. Zcash is a protocol that completely hides the information about its users’ transactions. It uses a technology known as zero-knowledge proof to verify transactions without revealing any information about the sender, receiver, or transaction. Using the technology on the platform is optional; therefore, holders of ZEC can opt to have their information recorded.

More people are looking into protecting their privacy and information and are likely to invest in platforms like Zcash.

Constant technological advancements in the industry are ensuring cryptocurrencies still have a lot of room to grow. Therefore even the volatile nature of crypto can’t dissuade us from being hopeful about the future. However, this doesn’t mean we shouldn’t take precautions with how we invest. Any smart investor realizes the importance of performing extensive research on whatever coin they are interested in buying. The industry is chock full of scams and people out to steal your money. Some of these scams include Ponzi schemes camouflaged as new coin projects, so stay alert and informed. 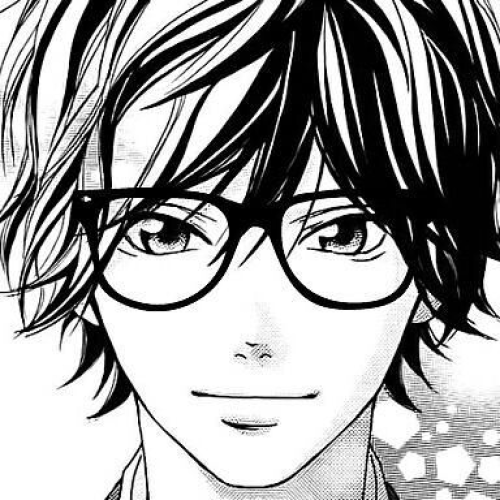